By Ferdi van Greunen
Posted on Mar 28 2020, in Resources for sellers 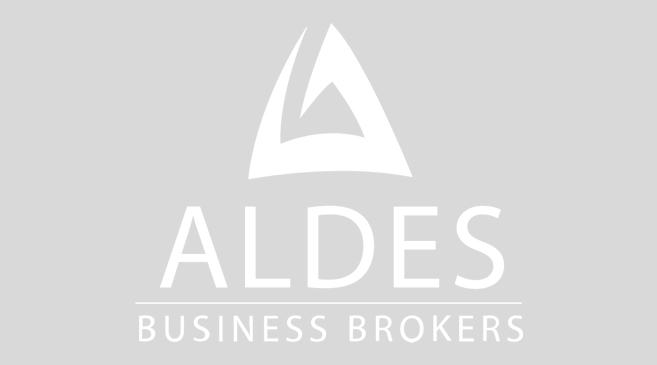 Since the detection of the Corona Virus (COVID-19) (the “Virus”) in South Africa, employers nationwide have been concerned about their rights and obligations in respect of:

REMUNERATING EMPLOYEES DURING PERIODS OF ABSENCE FROM WORK

In general, in order to determine an employer’s rights and obligations in respect of remunerating its employees during periods of absence from work, the reason/basis for absence needs to be determined.

In this notice we consider three scenarios, namely:

Sections 22 and 23 of the Basic Conditions of Employment Act No. 75 of 1997 (the “BCEA”), regulates the rights and obligations of an employer to remunerate an employee during periods of sick leave.

Section 22 of the BCEA generally determines that:

i)              for every period of 3 (three) years’ employment with an employer, an employee is entitled to an amount of paid sick leave equal to the number of days the employee would normally work during a period of 6 (six) weeks; and

ii)             subject to section 23 of the BCEA, an employer must pay an employee for a day's sick leave, on the employee’s usual pay day, the wage the employee would ordinarily have received for work on that day.

Section 23 of the BCEA determines that an employer is not required to pay an employee in terms of section 22 of the BCEA if the employee has been absent from work for more than 2 (two) consecutive days or on more than 2 (two) occasions during an 8 (eight) week period and, on request by the employer, does not produce a medical certificate stating that the employee was unable to work for the duration of the employee’s absence on account of sickness or injury. The medical certificate must be issued and signed by a medical practitioner or any other person who is certified to diagnose and treat patients and who is registered with a professional council established by an Act of Parliament.

In addition to the payment exemptions afforded employers in terms of section 23 of the BCEA, an employer is not required to pay an employee for sick leave taken where the employee’s sick leave entitlement has been exhausted. In such circumstances the employee may claim illness benefits in terms of the Unemployment Insurance Act No. 63 of 2001 (the “UIA”). Section 20 of the UIA determines that an employee, who qualifies as a “contributor” in terms of the UIA, is entitled to the illness benefits contemplated in “Part C” of the UIA if the employee, amongst other things, is unable to perform work on account of illness.

In addition to the above, Schedule 8 to the Labour Relations Act No. 66 of 1995 (the “LRA”) (labelled Code of Good Practice: Dismissal) determines that if an employee is temporarily unable to work as a result of ill health or injury, the employer should investigate the extent of the incapacity or injury. If the employee is likely to be absent for a time that is unreasonably long in the circumstances, the employer should investigate all the possible alternatives short of dismissal. When alternatives are considered, relevant factors might include the nature of the job, the period of absence, the seriousness of the illness or injury and the possibility of securing a temporary replacement for the ill or injured employee. In cases of permanent incapacity, the employer should ascertain the possibility of securing alternative employment, or adapting the duties or work circumstances of the employee to accommodate the employee’s disability. In the process of the investigation referred to aforementioned the employee should be allowed the opportunity to state a case in response and to be assisted by a trade union representative or fellow employee. Only once all these processes have been followed and no alternative to dismissal found, may an employer consider dismissal.

An employee refusing to attend work without any proper justification

Contractually, and under common law and statute law, there is the principle of reciprocity where an employer’s obligation to remunerate an employee is reciprocal to the employee’s obligation to make himself available to perform the services that he has been contracted to perform.

Where an employee is however absent from work in circumstances other than where he remains entitled to remuneration per law, the employer will be within his rights to, amongst other things, withhold payment from the employee in respect of periods not worked (i.e. the employee will be on unpaid leave). The principle of “no work no pay” shall apply.

In addition to the above, it should be noted that wilful and deliberate absence is a very serious offence because the employee has deliberately and wilfully chosen to ignore his/her contractual duty to present himself/herself for work, and is therefore in breach of contract. Subject to proper disciplinary procedures being followed, severe discipline (including unpaid suspension and/or a final written warning) and even dismissal could result.

As recorded above, there is the principle of reciprocity where an employer’s obligation to remunerate an employee is reciprocal to the employee’s obligation to make himself available to perform the services that he has been contracted to perform.  Simply put, the employer would not be legally obliged to pay the salaries to the affected employees for the period during which they are unable to report for duty. The principle of “no work no pay” shall apply.

It is however advisable that, in these circumstances, the employer enters into discussions with the employee and takes a stance following submissions from the employee to either:

What should be noted is that the employee could in these circumstances raise the defence that it was objectively impossible for him to report for duty and as such harsh discipline (including unpaid suspension and/or a final written warning) or dismissal will likely not be fair in the circumstances. Should the employer fail to act fairly where the employee was absent due Governmental intervention (such as Governmental imposed lock down), the employee could refer an unfair labour practice dispute to the CCMA. The employer would then have to justify the fairness of its decision and risk having the arbitrator finding in favour of the employee.

RETRENCHING EMPLOYEES DUE TO THE IMPACT OF THE VIRUS

Section 189 of the LRA applies if an employer contemplates dismissing one or more of its employees for reasons based on its “operational requirements”.

"Operational Requirements" is defined in the LRA as meaning requirements based on the economic, technological, structural or similar needs of an employer.

What should be clear is that a retrenchment is as a result of no fault on the part of the employee. In the circumstances, it is not an opportunity for an employer to terminate the employment of ill employees.

Section 189 provides for the following measures:

i)               Employers contemplating retrenching employees must proceed to engage and consult with all employees and/or parties as provided for in the LRA;

iii)            In consultation the parties must engage in a joint consensus-seeking process to reach consensus on appropriate measures to:

The state of disaster and the Virus has not created circumstances under which it would be just and equitable to avoid or expedite the procedure summarised above. Retrenching employees without due process may lead to numerous unfair dismissal claims putting further strain on a distressed business.

During the consultations to be held as per section 189 of the LRA, suggestions may arise to mitigate the adverse effects of retrenchment and/or alternatives to avoid dismissals. It is imperative that during this process that employers take care in considering all alternatives and suggestions raised in the consultation process, which is the primary purpose of the joint consensus-seeking process.

Should any suggestions be raised and or an alternative measure be decided on, it is important that the employer act carefully in not making any amendments to the terms and conditions of employment which may result in circumstances that constitute unilateral changes of the employment agreement and resulting in further unfair labour practice.

DISCLAIMER: The notice above is intended as general information and does not constitute legal advice provided by Aldes.